The video titled Rising-falling (2021) extends my interest in how a society remembers its history, and how changes in this memory can result in a dismembering of identity. In this video, I publicly project one of my existing video works, Remember-dismember (2015) onto the pedestal of an equestrian monument to General Louis Botha.

This monument, created by South African sculptor Coert Steynberg and unveiled in 1946, consists of an equestrian statue of Louis Botha. Botha was a Boer war hero during the South African War (between Boer and British). He became the first Prime Minister of the Union of South Africa (a British Dominion) during WWI, sent troops to annex German South West Africa (now Namibia), and was a co-signatory of the Treaty of Versailles. What makes the valourisation of his image important in my work is that he was Prime Minister at a time when black WWI servicemen (fighting alongside Britain in order to gain its support to overturn the 1913 Land Act), were denied recognition or valourisation of any sort. The monument currently occupies centre stage in the gardens at the Union Buildings in Pretoria, South Africa. The Union Buildings are the seat of political and administrative power in the country.

In Remember-dismember (2015), I enrobe and disrobe myself with nine ‘uniforms’ worn by soldiers, diplomats and businessmen, symbolically tracing the role of white men in South Africa from the Union involved in WWI through the militarised apartheid state of mid-century to today’s neo-liberal capitalist democracy. As my skin is made visible, the names of men lost in various wars South Africa has participated in – are revealed and then concealed again – as I dress. This video will be projected onto the front and the sides of the monument pedestal. The soft, vulnerable images of my skin and body, imprinted with lists of men lost in war will be juxtaposed with the hard, unyielding surfaces of the monument and its text, literally carved in stone. A performance of these projections will be filmed (on the same day/night shoot) from sunset and sunrise. Time-lapse footage of all three projections (north, east and west facing views), onto the monument outlined against the sky, will be captured and stitched together into one video work.

Rising-falling (2021) asks us to question the status and symbolism of a monument like this in contemporary South Africa (and by association, the prominence of other equestrian monuments to colonial war heroes throughout the previously colonised world). Rising-falling (2021) consists of three views (on one screen). Each view depicts the north, east and west facing views of the Louis Botha monument in situ at the Union Buildings, Pretoria, South Africa. With a running time of no longer than four minutes, it is created to have neither ‘beginning’ nor ‘end’ – looping continuously – mapping the cycle of day and night.

We view three separate night-time images depicting projections of Remember-dismember on three stone facades of the monument. These video projections show a person enrobing and disrobing uniforms worn by men throughout South Africa’s history. Each closely cropped image, reveals and conceals parts of my body impressed with the names of men who have fallen in conflicts from South Africa’s past. Only a dark silhouette of the equestrian figure on the monument pedestal is visible. We hear an evocative mixture of ruffling fabrics, clinking metallic medals, twisting buttons and belts. Momentarily, the sky increases in brightness and suddenly the sun rises in the east. The intensity of the projection on the monument fades and the sounds of tousling ties and crumpling shirts melt into the daytime hustle and bustle of people on the street, the traffic, the birds. We track the sun across the sky in a time lapse as the shadows shift across the sculpture, until it sets on the western side of the edifice. As darkness returns, Remember-dismember grows in intensity again and the cloaking and uncloaking of my body continues …

Rising-falling (2021) explores the symbolism, text and narratives of a memorial that continues to use colonial idioms to transmit a distorted perspective of history. In my works, even though the text is a temporary imprint on my naked skin rather than carved in stone, and even though it includes names that have been excluded in past narratives, it is still a white male body that bears the names of the lost men in an attempt to grapple with history. How vulnerable is a white male willing to be in acts of remembering and dismembering? To what degree can my works disrupt the texts and narratives of memorials and play any significant role in the rising and falling of identities in the current political landscape and the popular imagination of South Africans? I want to show that I am willing to literally put skin in the game, but to do that I have to continually ask another question: What are my own assumptions about how the privileged white male body can become a valid site of political struggle in the 21st century?

I believe that Rising-falling (2021) is an anti-monument that both disrupts narratives and temporarily intervenes in the experience of visitors to these sites. It presents a different view of masculinity, race and power by directly engaging the way texts and narratives have been imprinted on the landscape. 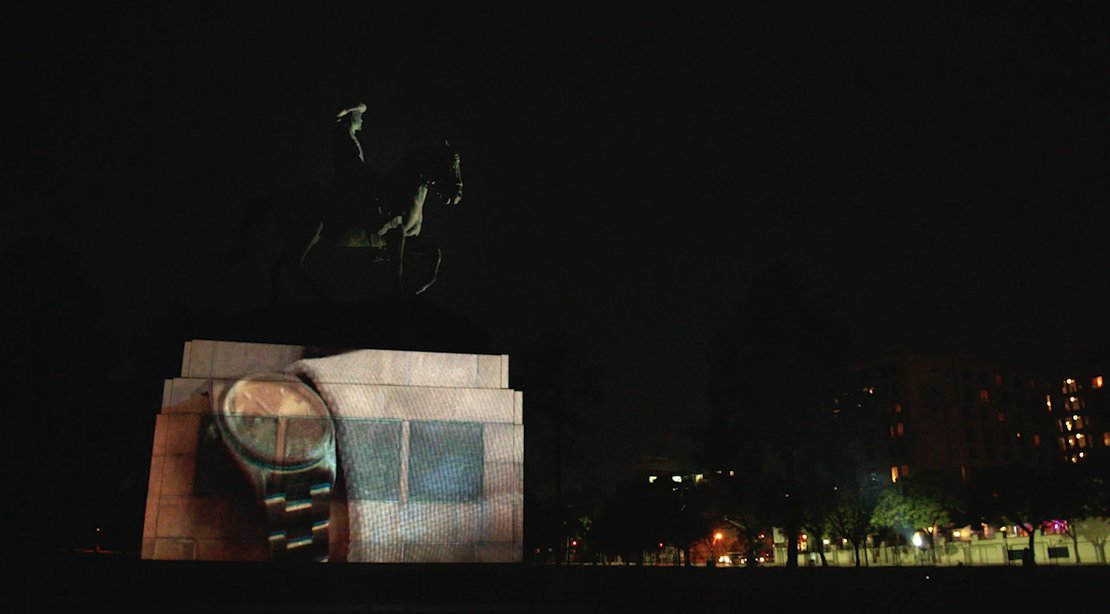