“My mother was my first country, the first place I ever lived.” – Nayyirah Waheed

From 2014 to 2017 I was caregiver to my mother, who suffered from, and eventually died of Alzheimer's Disease at the age of 86. Walking this path with her and my father during her years of declining cognition and witnessing the slow disappearance of her personality was an experience impossible to convey in words. As her memory failed, I was drawn to revisit family photographs, retracing as much of her life as I could. This work is a replica of her wedding veil, created by scratching away the black carbon layer on delicate carbon paper normally used for simultaneously transferring impressions – much the way a memory is preserved.

Creating Veil 1954 felt like an attempt to capture both the presence and absence of a personality leaving one realm for another. It is conceived to be suspended both literally and metaphorically ‘between worlds’.

I am fascinated by the history and symbolism of the veil as a marker of aristocratic rank and to differentiate between ‘respectable women’ and those who were ‘publicly available’ in old patriarchal societies. ‘In the third century the bridal veil became incorporated into the Christian wedding ceremony, adapted from the Roman model, while women who became consecrated to the service of God ‘took up the veil’ as a symbol of their marriage to Christ, and a sign of their chastity’² . In these societies, the bride is initially concealed from public view and in Catholic weddings, the father of the bride ‘gives away’ his daughter to her husband, who, traditionally, is not allowed to see her, until she is revealed to him at the altar. I am also drawn to Catholic iconography depicting The Madonna as ‘Our Lady’ – ‘Our Mother’ – honoured under the title: “Mother of the Church”² , a veiled figure with her arms slightly outstretched potentially embracing ‘all her children’.

I see Veil 1954 as a ‘binary counterpoint’ to Carbon dad. It outlines all that was left of my mother’s connection to the institution that defined their relationship and is a representation of all that remained of her former self – a negative space or ‘shadow’, revealed to us only by the actual form of her re-incarnated wedding veil. Unlike Carbon dad, which representationally depicts my father’s ‘presence’ at the time of his death, Veil 1954 depicts my mother’s ‘absence’ before hers, as the Alzheimer’s disease had already eradicated most of her identity. In death, the invoked veil also becomes a different kind of ‘shroud’ – an adornment of concealment and revelation accompanying her through her final transition.

During the last eleven months of my mother's life, as I scratched daily into the solid black carbon paper, attempting to capture its delicate lacework, it felt as if I was scraping away the veil’s ‘heaviness’ and allowing the light through. Sometimes it felt like I was trying to uncover something that had become obscured, or searching for a form that was no longer there. In order to secure an image with definition I had to remove the very substance that was capable of making copies – mirroring my futile attempts to hold back the inevitable and inescapable darkness ....

The process was unpredictable and difficult to control. Sometimes the carbon would flake off in unexpected ways, or the blade would perforate the delicate, membrane-like mantle. If this happened, the tear was left. Veil 1954 was completed a few days before she died. 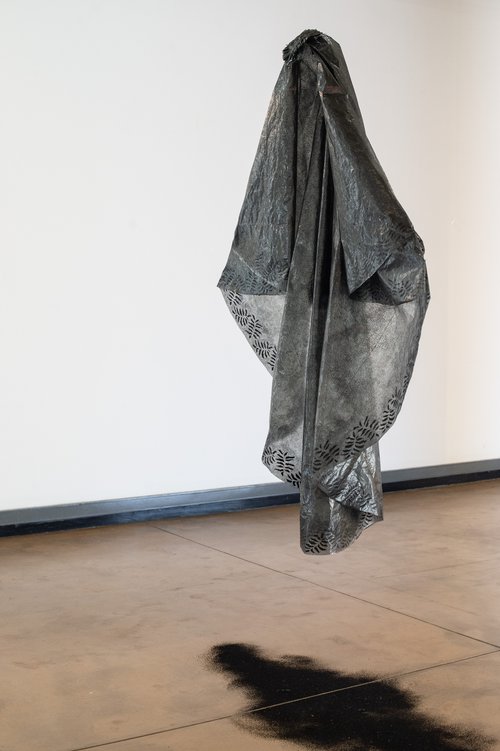 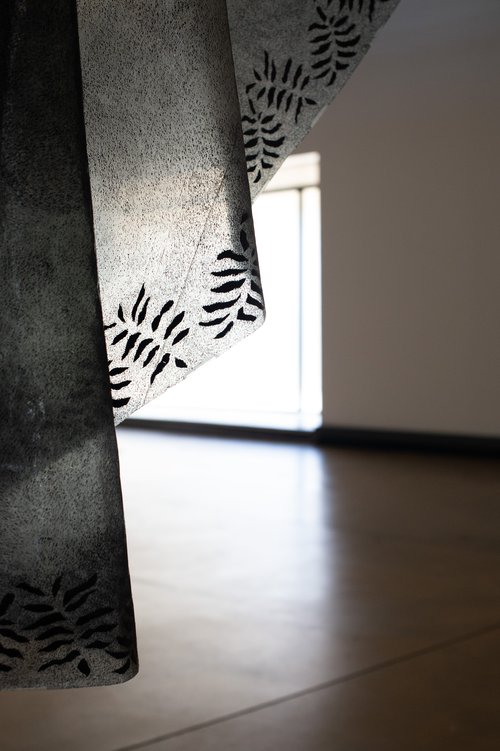 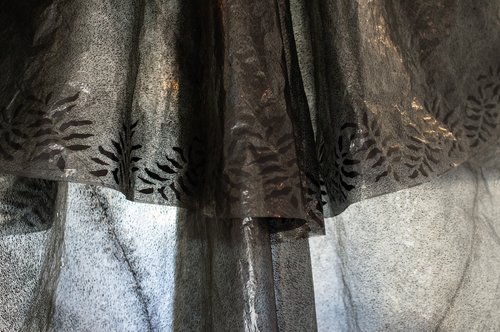 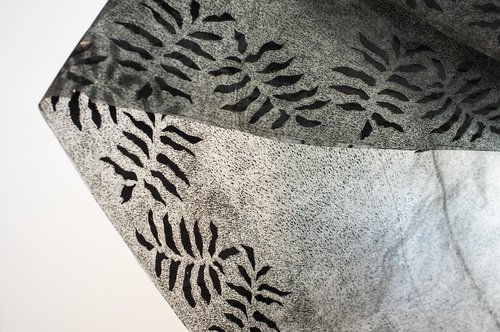