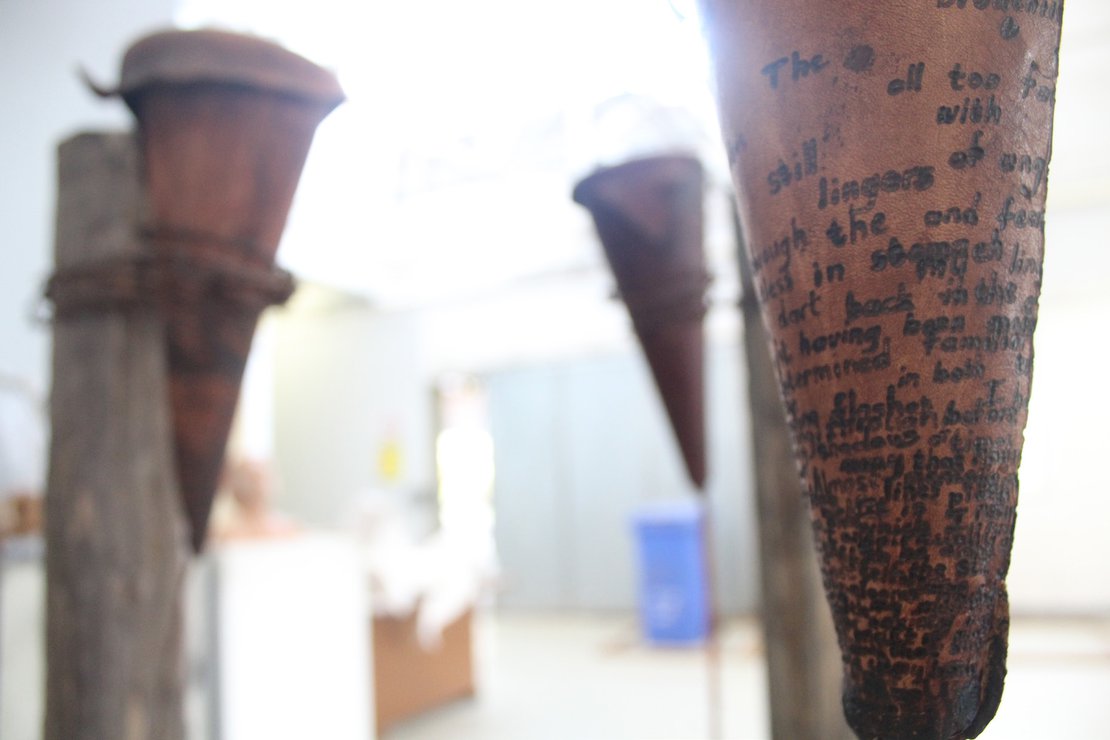 Count Your Words is an installation that consists of three rain meters tied with rusted barbed wire around old and weathered poles (which essentially function as their plinths). The rain meters are moulded out of leather into which Afrikaans and English phrases and poems and South African landscape imagery have been burnt. They are facing each other, almost as if they are figures having a conversation and is supported by their fleshy-like materiality, inscribed with political and cultural motifs.

The words, written in two distinctly different languages, as well as the portrayal of cows looking bafflingly at the viewer, are scattered, overlaid and mostly illegible. The three rain meters, portrayed as figures, are in conversation with each other. Their various modes of communication – the incorporation of different languages and display of imagery as communication – along with illegible text, signify a disjunction in their conversation and the possibility of misunderstanding and misinterpreting each other, and each other’s narratives. Especially within a shared topographical setting. I find this work particularly relevant to my personal experience as an Afrikaans-speaking female who I grew up in a small farming community and speak two languages (Afrikaans and English).

In my experience, conversations taking place between different people and different cultures within South Africa today are baffling, overwhelming, and often chaotic with no coherent structure or sense. Communication forms as one of our main forms of collaboration, which we seem to be struggling with within a politically and socially turbulent setting, which I aim to portray through Count Your Words.

Alexa is a young upcoming artist currently completing her MFA at the University of Johannesburg. She was born in Pretoria, grew up on a small farm in the Western Cape and now finds herself back in the bustling streets of Johannesburg. She has showcased her work at various group exhibitions including the annual group exhibition at the Pretoria Arts Association, the Sasol New Signatures Awards, the Turbine Art Fair, the Thami Mnyele Fine Arts Awards and was announced the Thami Mnyele Sculpture Merit Award winner of 2018.

Alexa is fascinated with the physical land and her relationship to it which forms a large part of her psychological development within the South African landscape. She interrogates her white, Afrikaans-speaking female identity and the psychological development of it in a contemporary South African society. She uses predominantly leather, a medium with which she is familiar, based on an upbringing in which her father is a skilled leather craftsman. She draws on contemporary South African landscape elements as visual metaphors of her lived experiences as they have forged her identity while trying to determine her sense of ‘being’/’belonging’ in it. 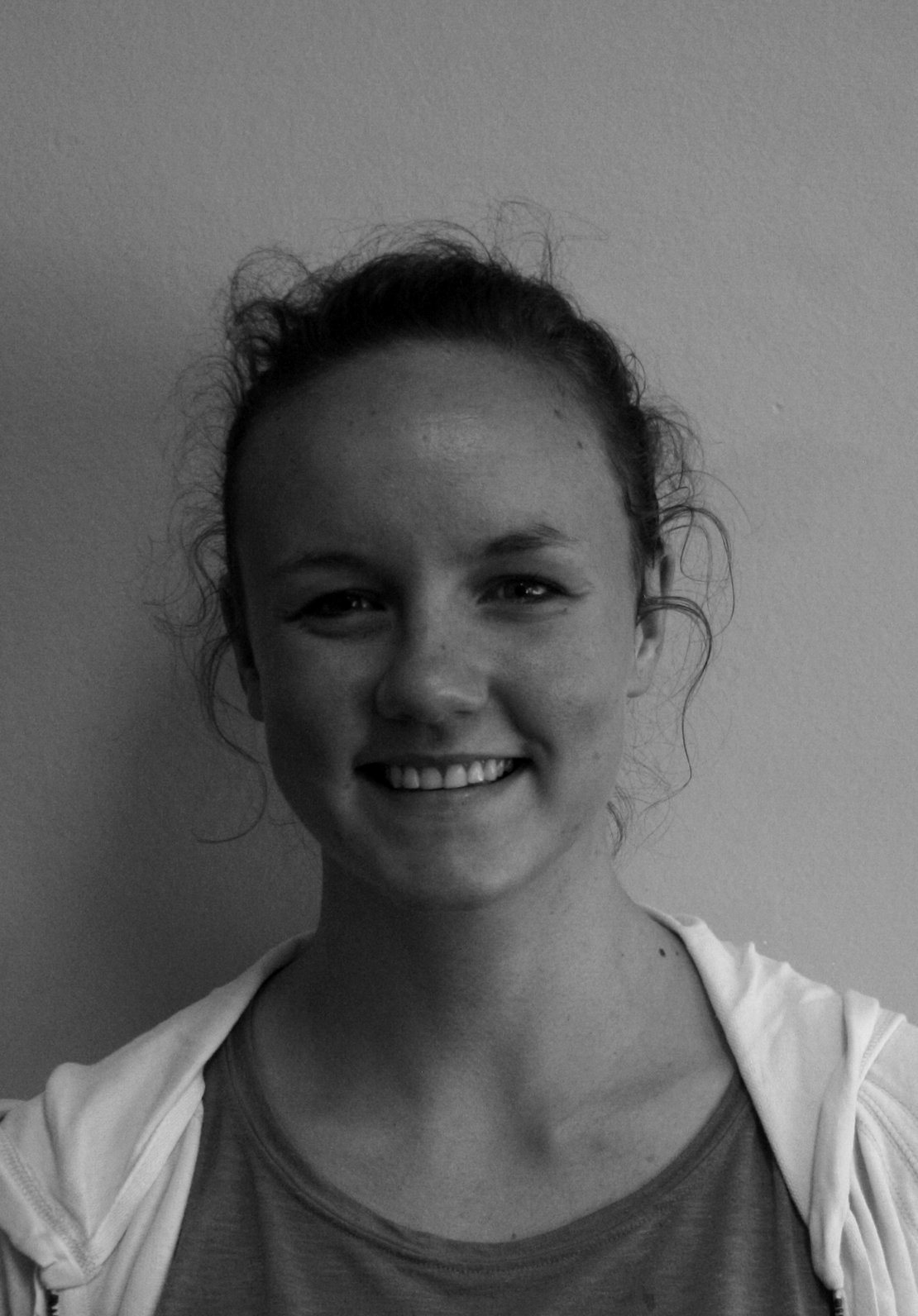