Borderline is my response to Boshoff’s Blind Alphabet. It is an auto portrait in three stages and presented as a triptych. It deals with the invisibility of mental conditions in the everyday. It deals with my face for those who can’t see the way I feel, my oscillating moods, and moodlines as a topography of light and darkness of the mind – or my identity. The work shows the transformation of a face mask out of brown gummed tape, that usually stretches watercolor paper to be straight and neat. At times I feel the world wants to stretch me too, to fit into a space that I do not understand. I am constantly walking a narrow line between ups and downs, with little in between, in search for a center. I translated this using a technique of 360-degree overlays in photoshop, I took pictures of the mask by turning it around a central point, taking a picture every 30 or so degrees. I then overlaid all the images. When I changed the opacity, I noticed the masks had created an entirely new form. I noticed that the topographical reliefs were present again, but in the form of gradients of light and darkness. The lighter areas were the highest points, and the darkest were the lowest. I traced out the lighter areas in green, the middle ground in yellow, darker in orange and the darkest in red.

Tré Malwande Mkhabela is a 21 year old mixed media artist, currently in his 1st year of studying Film & TV. He was born and has lived in Johannesburg for the vast majority of his life (with five years in a boarding school in Swaziland). Following his return home after his time away, his work revolved heavily around identity. When he was 16 years old, he was diagnosed with type 2 Bipolar Disorder, and while many things changed, others did fall into place. He was never a stranger to feeling like an outsider or being alienated because he grew up as a black middle-class boy who couldn’t speak his own mother tongue. His mind has always followed a word on its journey through the room and the world, rather than focussing on a straight forward argument.

“My diagnosis had only further developed the feeling of being one of very few, until I realized, there are many of us, undercover,” says Mkhabela. He used artwork for his A levels, which he did as a homeschooler, to develop a portfolio that deals with visualising what’s underneath the obvious and stories about time, change, belonging – and, obviously, superpowers for those who need them. He works across scriptwriting, drawing, painting, photography, printing and rely heavily on transfer processes, as a way to technically explore liminality. 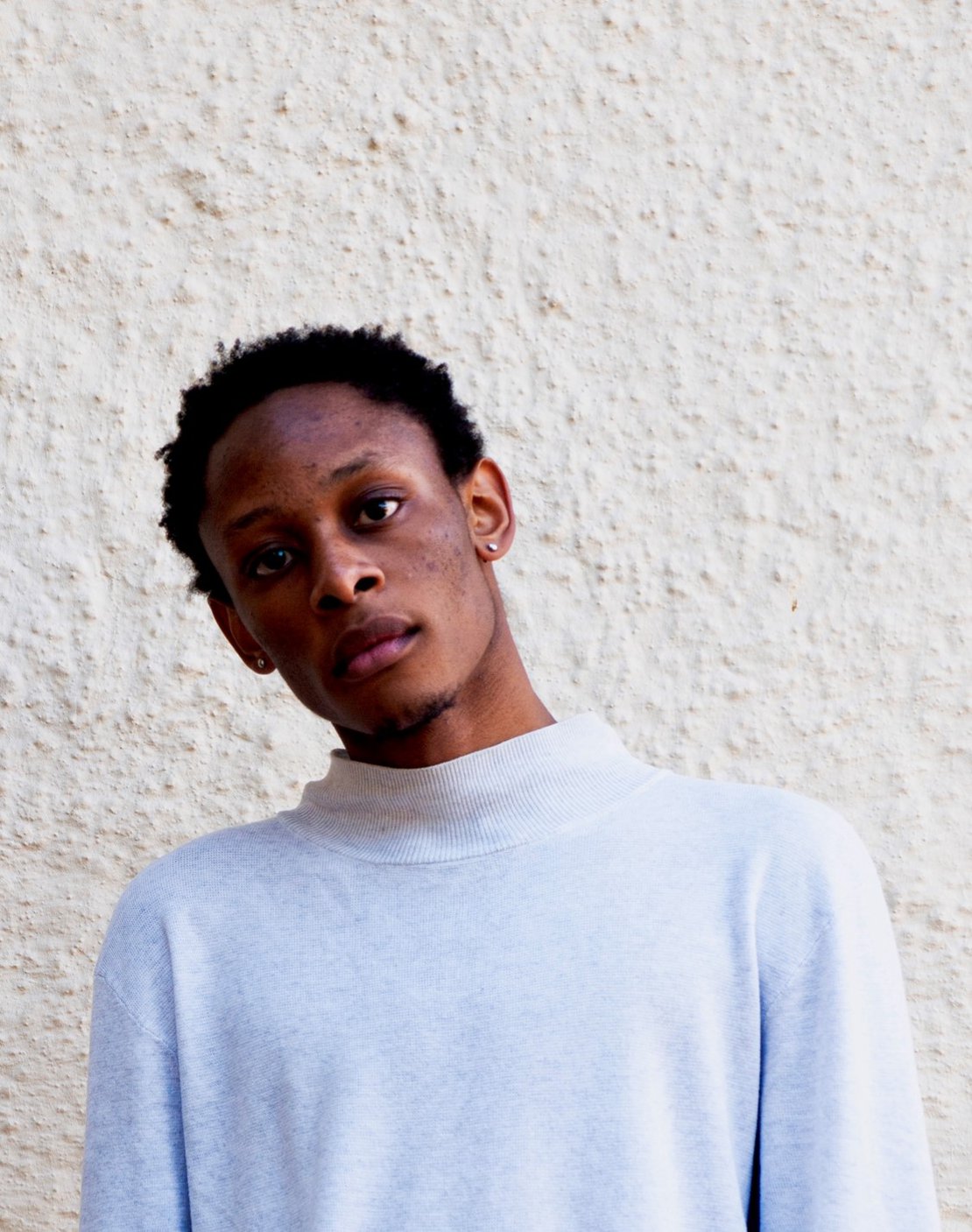