ISILIMELA: PLANTING OF A NEW MAN ISILIMELA: PLANTING OF A NEW MAN is a series of self-portraits exploring and documenting a transgender Xhosa man’s birthright to uLwaluko (an ancient initiation rite of passage from boyhood to manhood). The self-portraits interpret sacred milestones of uLwaluko and translate them into my personal experiences and changes (physical and emotional) as a trans man. The portraits evoke a dream-like state, producing visuals that blur the lines between reality and the realm of my ancestors who left behind the rites of passage that I seek on the land that they walked. The Xhosa year traditionally begins in Isilimela (June), the month of cultivating and planting, and ends in uCanzibe (May) when Canopus, the brightest star, is visible in the southern hemisphere signalling the time for harvest. The Digging Stars cluster (Isilimela, sometimes marked on star charts as the Pleiades) appears in the shape of a plough. And when the cluster rose just after sunset, so began the period for digging, ploughing and planting new seeds into the earth.

A man’s age is not defined by the number of years since his birth, but instead by the number of years since he underwent uLwaluko and, as I interpret in my case, began his transition. This calculation is called izilimela (plural form of isilimela). We start counting our years of manhood from the month of the Digging Stars, when Eyesilimela first becomes visible; mourning and celebrating the end of boyhood. Isilimela sam sinye (one). I began masculinising Hormone Replacement Therapy (HRT) on 19 September 2020. Like a cisgender man would during ukudlangwa (circumcision), the blood I draw every month by injecting myself with testosterone becomes a symbol of the covenant between myself (the initiate), uQamata (God), the land, iminyanya (my ancestors) and my Xhosa kin. And so too become the gender- affirming surgeries I will undergo in the future.

ISILIMELA: PLANTING OF A NEW MAN

The death (of a dog) and the rebirth (of a man)

Ikhankatha (guardian and nurse) shaves the head of umkhwetha (initiate) which symbolises the beginning of shedding off the dog (boyhood). He (ikhankatha) is a symbol of queer manhood and community. He dresses and nurses the wounds the world has inflicted on me until they heal and the scabs fall off.

OoGobithyolo are people who do not belong or have a place of their own. They resort to “bending the bush” (gobithyolo) to make a home. Without my fathers and uncles, who would construct ibhoma lam (my initiation lodge), I begin to build my shelter alone in the wilderness. I am protected only by uMamTolo (a Xhosa maternal blanket) symbolising the support and embrace of my mother, aunts and memory of my (former) Black sisterhood. 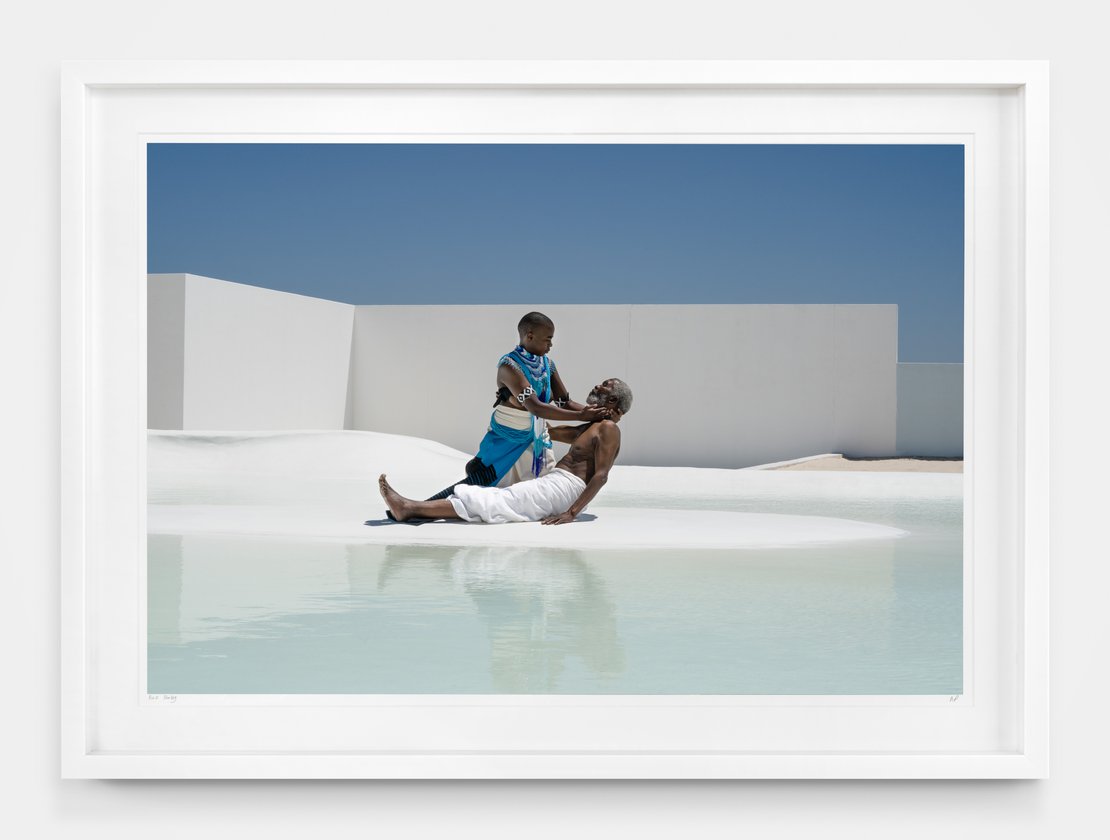