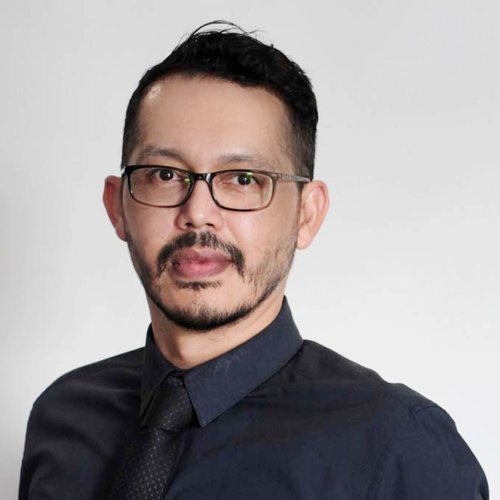 The critical role played by universities in acquiring and preserving works of national interest for future generations of art makers and art lovers is often underestimated. The same applies to the private sector. Whilst museums in South Africa care for an unknown number of important and valuable collections, and are supplemented and supported by commercial galleries promoting South African artists in the global arena, the substantial contribution by academic and corporate institutions housing collections highlights these bodies as potentially powerful contributors to the cultural milieu of the country, and the important national, continental and global conversations in which we need to be engaged.

In 2017, the partnership between MTN and the University of Johannesburg (UJ) was showcased at the National Arts Festival, Grahamstown (now the National Arts Festival, Makhanda), when the first iteration of the conversation between their two substantive collections was featured on the Festival’s Main Programme, in the form of Shifting Conversations.

As Executive Producer of the Festival at the time I, together with my Artistic Committee, sent out a call for proposals under the theme of ‘disruption’, which centered on the relationship between art and disruption: art as a disruptor of mainstream ways of thinking, and art in response to disruptions to the status quo. Through this process, we considered proposals for compelling, innovative and high-quality works that could serve as catalysts for debate and transformation. In short, we wanted to examine how the arts challenge mainstream ways of thinking.

What you have to do is negotiate where we are. We have mentioned ideology as a focus in the exhibition, but there is also class and race that become evident, and also gender and sexual orientation – all those manifestations of belief systems of ideology I hope come into play too. It’s sort of a snapshot of where we think conversations are shifting and where they might be shifting.

Curated by Johan Myburg and Melissa Goba from the MTN and UJ Art Collections, Shifting Conversations was selected for the Festival’s Main Visual Arts programme, because it explored conversations in response to binaries such as ‘colonised’ and ‘coloniser’ prevalent within the collections of the two institutions. The stated aim of the two guest curators was “to present an open-ended discourse that might invite new or different ways of experiencing art,” which was a perfect fit in terms of the Festival’s theme for that year. In a release about the exhibition, Myburg explained that he and Goba wanted to open a conversation on how one might consider the remnants of the past without obliterating history.

Since the MTN Art Collection’s inception in November 1998, it was dedicated to making a contribution towards arts and culture educational development in South Africa. The approximately 1 400-piece art collection, which is housed at MTN’s head offices on 14th Avenue in Fairlands, Johannesburg, consists of original prints, paintings, drawings, sculpture, classical African Art and contemporary art from across the continent by artists from the colonial to post-apartheid and postmodern eras. As part of our mandate to utilise MTN’s Art Collection for educational and social development, the MTN Foundation decided to partner with museums and university galleries to initiate programmes that will not only avail such opportunities, but also develop provenance and investment value for both institution’s art collections.

In 2018, the MTN Foundation and UJ partnered once again to host the second exhibition in the ‘Conversations’ trilogy of shows. Annali Dempsey from the UJ Art Gallery and Niel Nortjé from the MTN Foundation curated the exhibition, this time with a focus on portraiture and concepts of power: the juxtaposition of power and powerlessness, identity and body politics, perceptions of the ‘other’ and the exotic, memory, and the masks we wear. Included were works by artists such as Gerard Bhengu, Reshada Crouse, Wilma Cruise, PhillemonHlungwani, Maggie Laubser, Judith Mason, George Pemba, Cecil Skotnes, Irma Stern and Edoardo Villa.

From the great Limpopo to Robben Island …(1)

‘Who owns the land,’ is a search term that generates 226 000 000 results on Google in approximately 0.49 seconds. Google’s predictive search algorithm also suggests the following questions: Who owns the land? Is all land owned by someone? How do I find the owner of a piece of land? What percentage of land does the government own? These questions have provoked and inspired artists from all walks of life, working in all genres right across the globe. From American arena rock star, Bruce Springsteen, to Swedish musician, Mikael Wiehe,and Turkish folk singer, Nuri Sesigüzel, the folk anthem This Land is Your Land (by Woody Guthrie), has been covered by major international artists with variations now documented in Catalan, Irish, Scottish, Mexican and Welsh, to name but a few. A version performed by the iconic South African arts couple Des and Dawn Lindberg includes a live recording of the song, in which the key landmarks referred to in the song are localised, notably with sites like Robben Island – a daring interpretation given that apartheid was at its height at the time they recorded the song, and Nelson Mandela and other political prisoners were still incarcerated on the Island at the time they performed the song for a paying audience. (2)

The world is currently in the midst of the largest refugee crisis since World War II. From Honduras to Bangladesh, millions of people have been uprooted by conflict and poverty. An unprecedented 70.8 million people have been forcibly displaced worldwide, and 37000 people are forced to flee their homes every day due to conflict or persecution.
- Médecins du Monde

At the intersection of the global refugee crisis, Des and Dawn Lindberg’s local take on a famous folk song, and the complexities of the current land reformpolicy in South Africa, the selection of works comprising Conversing the Land both documents and interrogates the many ways in which visual artists have grappled with the land in an attempt to understand who we are, where we come from, what we had and what we have lost. Curated by Katlego Lefine from MTN, and Annali Dempsey from UJ, the 2091 exhibition marks the third installment in a trilogy of shows that has seen two important South African art collections in conversation with one another over the past three years.

Juxtaposed with ten new works selected from a public call for entries into the exhibition (under the banner of the Emerging Artists Development Programme), core selections of key works from the MTN Art Collection and University of Johannesburg’s permanent collection, sharply pulls into focus the changing South African landscape and its varied depictions by artists grappling with land in issues in various ways over time. The varied and vast visual landscapes brushed, etched, carved and moulded into being, throw into sharp relief the notion of identity against one’s cultural background, which is so often and so largely informed by the very earth one calls home. The landscape in which one exists, in turn becomes politicised, and the art residing within this topography becomes both the exposer of inequity, and the exposed – a sharp, acrid reminder of our continual quest to belong and to be empowered.

South Africa’s history is steeped in waves of different groups attempting to find new possibilities and means to thrive, with these self-same attempts invariably upending, dislodging and absorbing the previous inhabitants. It is within this conversation that curatorship of artwork, and the concept of proprietorship by benevolent institutions with seemingly well-intentioned motives, becomes a microcosm of the greater debate around ownership and staking one’s claim. In the same way that South Africa’s history – and the history of the African continent as a whole – derives almost entirely from unrelenting conflict over land and its attendant power, so do the conversations catalysed by these three exhibitions (over the past three years). They press forward the diametrical arguments of possession and the right to possession.

Venezuelan spoken word artist and techno futurist Jason Silva says that creativity and insight almost always involve an experience of acute pattern recognition: “the eureka moment in which we perceive the interconnection between disparate concepts or ideas to reveal something new …” From Business and Arts South Africa to MTN and UJ, congratulations on your partnership across these three exhibitions. The catalytic effect of putting your respective collections in curated conversations with one another, with history, with current affairs and concerns, and indeed with South Africa at large, has been your combined and sustained eureka moment – and it powerfully demonstrates the tangible value of the arts and business partnerships.