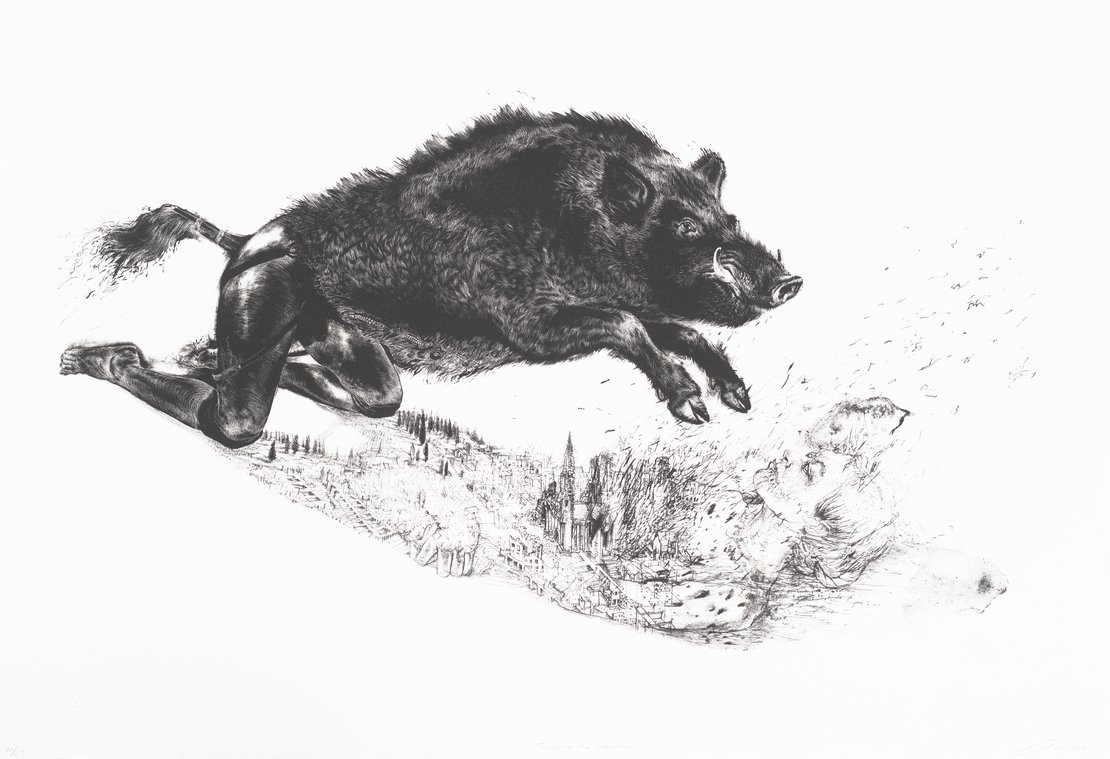 Diane Victor, born in Witbank, Mpumalanga in 1964, is a South African artist, internationally renowned for her extraordinary draftsmanship, intricate printmaking skills and technical development of media. Her critical assessment of contemporary society, often underpinned by satire and humor, offers cutting edge critique on irrational socio-political behavior and its ramifications of, amongst others, inequality, violence and corruption for the vulnerable and disadvantaged.

The stimuli for addressing contentious subjects stems from the world she lives in; a keen observer of people in various environments and a self-reflective response to situations triggering strong emotional reaction. She attributes her interest in the development of new media, such ash, stain and smoke drawings, drawing on glass, blackboards, embossed etchings and stone coupled with classical approaches, to the ambiguity that the technical interaction brings to the work

Majoring in Printmaking, Victor received a BA Fine Arts degree with distinction from the University of the Witwatersrand in 1986, followed by prestigious accolades indicative of a promising career. In 1987 she was the winner of the Sasol New Signatures Award and in 1988 the youngest recipient of Volkskas Atelier Award (now the ABSA L’Atelier Award). In 1989 she received the Financial Mail/J & B Rare Achievers Award for Art and in 2005 a Gold Medal Award for Visual Art from the South African Academy of Arts and Sciences.

Known for her obsessive deadline driven, but focused practice, Victor has a remarkable solo and group exhibition profile locally and abroad. She regularly travels to residencies on various continents, has her work included in major national and international collections and is in constant demand as lecturer at most of the major tertiary institutions in South Africa.

Victor was the subject of TAXI-013 (a publication in the David Krut Publishing TAXI Art Book series) as well as Burning the Candle at Both Ends, a monograph published to coincide with Victor’s two-part exhibition, Ashes to Ashes and Smoke to Dust, at the University of Johannesburg Art Gallery in 2011/2012. Her work is frequently the topic of academic articles and post graduate studies.

Diane Victor lives and works in Johannesburg, South Africa. She clears her mind through running and horse-riding, is an obsessive reader and finds escape in music. 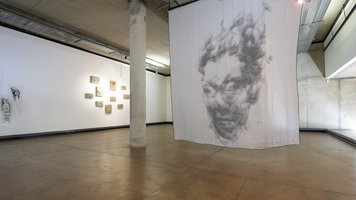 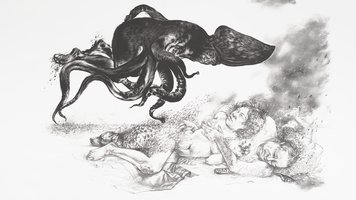